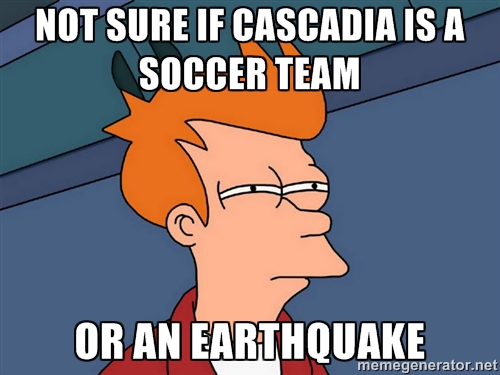 You’ve read or heard things about “Cascadia”, but you’re not exactly sure what they all mean. There are probably some questions you want answered, but may have just not asked yet.

Breathe easy; you’re not alone. I’m here to help. Hopefully, this blog post can clear up a lot of confusion. I promise I’ll try and keep this brief and straight forward.

Cascadia is the essence of the Pacific Northwest. Physically, it’s a large piece of North America; the geographically and environmentally distinct region (called a “bioregion”) centered on the Cascade mountain range, which runs through western Oregon, Washington, and British Columbia. Philosophically, it’s the social identity and common characteristics which are most commonly associated with Pacific Northwest culture in both the United States and Canada.

Where exactly are the boundaries of the Cascadia region?

Cascadia goes as far south as Cape Mendocino in northern California and as far north as Mount Logan in Alaska. East to west, it runs from the Great Continental Divide (which separates rivers running to the Pacific from those running east) in the Northern Rocky Mountains to the Pacific Ocean. It includes the Columbia River watershed, the Fraser River watershed, and the Snake River valley. Here’s a map which illustrates the precise borders of the Cascadian region:

Where can I find a map of Cascadia?

The map above was created by David McCloskey, a retired professor who taught at Seattle University. David has spent the past four decades exploring and mapping the Cascadian region. In Spring of 2015, he unveiled his life’s work with an exquisitely beautiful map of Cascadia which shows the region’s ecological and geographic patterns in extraordinary detail. You can find out more about this map and buy a copy for yourself through his website for the Cascadia Institute.

Why is Cascadia important?

It is becoming apparent to more people in Cascadia each day that society here is, in some ways, irreconcilably different from the rest of the United States and Canada. There are many aspects and characteristics of our common society which are experienced in unique ways here, from our economic values to our environmental values to our spiritual values and so forth. Understanding the Pacific Northwest as one coherent region is bringing clarity to a lot of people who are growing more frustrated with the statuses quo imposed upon us from more powerful regions within the United States and Canada. The identity of Cascadia is becoming a more true representation of who we are as a people.

Does this mean all supporters of Cascadia want to secede from the US and Canada?

No. Right now, I think it’s safe to say a majority of Cascadia supporters do not want to secede from either the United States or Canada. The Cascadia movement is currently focused on awareness of what makes us unique, the different aspects of our common culture, and how that all ties into our environment.

What is the great Cascadia earthquake?

The great Cascadia earthquake is the most recent massive earthquake—estimated around a 9.0 on the Richter scale—caused by a rupture of Cascadia’s primary fault (called the Cascadia subduction zone). Scientists believe this earthquake occurred on the night of January 26, 1700, and caused a tsunami to hit the coast of Japan. While there are no written records from indigenous tribes during this time period, numerous oral traditions reference this event and suggest coastal villages—primarily located on what is now called Vancouver Island—were completely destroyed as a result. 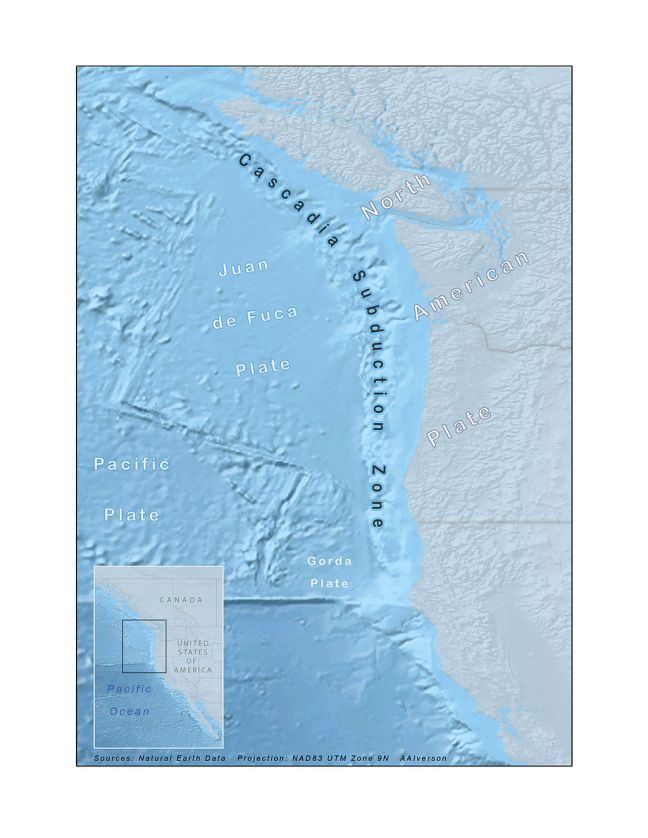 When will a Cascadia earthquake happen again?

Nobody knows for sure when the Cascadia subduction zone will rupture again. However, scientists are confident it will happen again. Earthquakes caused by the Cascadia subduction zone have happened approximately every 500 years for the past several thousand years. We’re currently in the early stages of when scientists expect the fault to rupture again. It might happen today, or it might happen later this century, or it might not occur again for another few hundred years.

What is the Cascadia Cup?

The Cascadia Cup is a supporter-organized competition between the 3 Major League Soccer teams located in Cascadia: Portland Timbers FC, Seattle Sounders FC, and Vancouver Whitecaps FC. Each of these teams play each other 3 times in a regular season, resulting in 9 games total which factor into this competition. Out of these 9 games, the team which receives the most points (3 points for a win, 1 point for a draw, 0 points for a loss) wins the Cascadia Cup.

What is the Cascadia flag?

The Cascadia flag is a horizontal tri-color banner with blue at the top, white in the middle, green at the bottom, and a prominent Douglas Fir Tree in dark green running through all three colors in the middle. It is commonly referred to as the “Doug flag” as such. It was created by Portland native Alexander Baretich in 1994 while he was studying abroad in Europe. It represents the bioregion of Cascadia as a whole, as well as its natural components; temperate forests, snow-capped mountains, and the region’s many water ways.

Where can I buy a Cascadia flag?

You can purchase a small flag directly from Alexander Baretich’s website: Flags at freecascadia.org

Cascadia Now! is a non-profit organization devoted to raising awareness of Cascadia. They host an online store on their website where you can purchase a Cascadia flag for yourself: Flags at cascadianow.org

Bonus Question: Where can I learn more about Cascadia?

This is a shameless plug, but it’s my blog. If you’re interested in learning more about Cascadia, you can purchase a copy of my book, Towards Cascadia:

Did you find this post useful? Share it simply by clicking one of the social media buttons below.